With the trends in the economy of the country, it is no surprise that many individuals are looking to diversify their investments and create more ways to earn. Investments have come to take on different forms as the years go by.

Investments generally carry risks and changes happen at different times. What this means is that beyond even the need to earn more, there’s the need to protect investment portfolios from changes that can easily be avoided.

These risks apply both to stocks and bitcoin; stocks companies can go bankrupt or for bitcoin the market may crash. Makes you wonder if it’s really worth the effort, if you’re trying to diversify your portfolio to feature both stocks and Bitcoin, this article will guide you on which to choose.

Stocks Vs Bitcoin Vs REITs

The important side to trading stocks is that with time and practice, you get an insight into what direction the prices may go. For example, the ratio of the company’s stocks and its earnings give an insight into the financial health of the company, with this information a little guidance into what direction the prices of stock may fall. This becomes useful information on whether or not to hold or sell.

Bitcoin, on the other hand, lacks the prediction that stock prices have. Cryptocurrency is speculative, completely based on supply and demand. All currencies are, to some degree, based on what people are willing to pay, but it’s different with a crypto like Bitcoin. Unlike other currencies like the dollar or gold, it’s a much smaller market with regard to its overall size, so it’s more subject to big swings.

REITs generally play by the same rules that control stocks. What this means is that just like stocks, a careful study of the market may result in an eventual prediction of prices. Asides this REITs don’t have to pay tax at the corporate level, which allows them to finance real estate more cheaply than non-REIT companies can. This means that over time, REITs can grow bigger and pay out even larger dividends.

A Little Background Into the History of Bitcoin

REITs on the other hand have a more solid stability than both stocks and bitcoin combined. REITs have constantly recorded a volatility far less than that of stocks. Large REITs are better able to absorb economic shocks and manage economic downturns due to the availability of sufficient capital at their disposal which they can deploy as a buffer. This is asides the gross profitability of REITs, for example, an investment in income generating property such as a residential apartment let out to tenants, incorporates the three types of measurable returns.In September 2012, the average global dividend REITs yielded was well above other traditional investment options with a staggering 4.3%.

Putting it all together, REITs, stocks and bitcoin are quite great investments that have raked in great figures over the year, however, the risks they both offer are different. While REITs are more stable than stocks, stocks are generally more stable than bitcoin. However, because they have been around since the 1700s they generally give individuals more confidence than both Bitcoin and REITs which garnered much fame in the 2000s.

Before investing in Bitcoin, you may want to check that you are able to handle the risks that come with investing in it. Marked by constant fluctuations, it is wise only for a diversification option and not as a sole means of investment.

Historically, the stock market has provided around 10% annual returns (6% to 7% when you account for inflation), this is however not the same for Bitcoin. REITs are considered income investments because of their high dividend yields and there are many varieties available, including retail, residential, healthcare, office and mortgage. An investor should consider REITs if he or she wants exposure to the real estate asset class.

In a way, Bitcoin also helps to narrow out the risks in a portfolio. A very stable portfolio that still seeks to rake in funds will be a perfect fit for a Bitcoin addition. The Bitcoin introduces a high paying risk that is cushioned by having more stabilizing investments in the portfolio.

REITs can also make sense if you’re looking for an investment that provides income while you’re holding it and not just if you manage to buy it and sell it at the right times. REITs are able to pay dividends based on rent and property appreciation.

Stocks have stood the test of time and even though they are also subject to fluctuations they are generally more stable than Bitcoin. According to the balance, it’s reasonable to suppose that, even with some short-term volatility, most companies will likely exist in the future and, therefore, provide stability. By investing in a broad-based index fund or exchange-traded fund (ETF) made up of stocks, there’s a good chance that you’ll be fine in the long run. 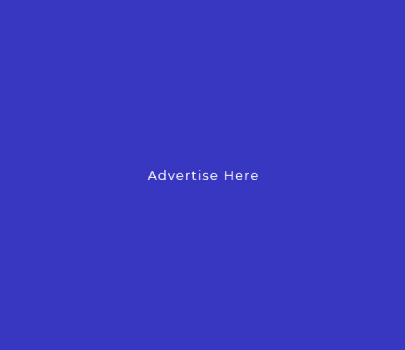 No spam, notifications only about new products, updates.
PrevPreviousInvestment Diversification – Why you need it, How to achieve it